A few months ago, my husband called our enterprise a “Book Farm”. He did it partly in jest, but like many such jokes, it contains a lot of truth. We live on a tree farm, where we have a vegetable garden, bees and visiting goats. When someone asked Marshall what, exactly, we produced (snarkily, I thought), he replied, cool as could be, “Oxygen.”
No slouch, my hubby, in either the wit or tractor-coaxing departments. He’s right, too. Reading, writing, editing and nurturing books is our passion and business on this earth. Doing it on a farm has allowed us the space to house these various--and in some cases, extremely bulky—projects.
Perhaps someday we’ll plant some exceptionally hardy bamboo and make our own paper. Weirder things have happened.
Last June, we attended Book Expo America (the BEA) at the Javits Center in New York. Enormous, at times daunting and downright bizarre, it was an education. Traditional children’s book publishing is booming. Those exhibits were packed with book buyers. Traditional publishing house booths, though fewer in number than the last time I attended a book fair, were also surrounded by eager bookstore reps, journalists and bookie mishmash. The digital booths were pretty lonely. I mean, there wasn't much to see. At this point, we are all screen savvy. You could watch War and Peace scroll down on a Kindle or Nook, with a few variations on that theme. Okay, nice.
This may be part of the future of publishing, but I very much doubt this will be its only future.
Meanwhile I had the pleasure and privilege of reading two fascinating manuscripts, one coming down to New York on the train, the other on the way back.
The first was about one person’s history with books-- paperbacks, specifically. Full of wonderful essays about book sharing friendships, his writer parents, and some of his adventures as a small publisher, the book is lovely. It’s called Paperback Island: Street Bibliography Essays, and it is by Marshall Brooks, my aforementioned, rootin’ tootin’ spouse.
Its writing, and reading (and rereading) has been most fascinating, because at the end of every reading I clamored for more material. Which he invariably greeted as very bad news, groaning, holding his head, he so wanted to be done with it. Knowing him, I knew there was a lot more he wasn’t saying. So I cajoled, soothed, stuck to my guns and didn’t back down. I knew it would be a win-win, if he could just accomplish these few tiny tweaks. We went through this four or five times, and though I don’t like to inflict pain on my beloved, the results were better and better.
How could I let him off the hook?
Of course, I couldn’t. And now the results are marvelous. Published under the Arts End Books imprint its elegant, heavily illustrated pages are very obviously a labor of love.
The other tome is The Hawley Book of the Dead, by Chrysler Szarlan, due out from Random House in the spring of 2014. It is a page turner about magic, and disappearances of all sorts, set in western Massachusetts. I read the manuscript as she was preparing same to submit to agents and editors.
That chapter, too, has ended very happily. On reading the ms, one agent called Chrysler to announce that she had stayed up all night reading it and this was the book she had been waiting for--for five years. There followed a thrilling flurry of auctioning off audio rights, then foreign rights, country by country. Then the Trip to New York to meet her Random House marketing team for a power lunch. Now rewrites, and on it goes.

Doesn’t this all sound dynamic? It is, to be sure, amazingly fun. But it’s the harvest, and the bringing to market; not the sowing, weeding and watering—all of which can seem considerably less glamorous. 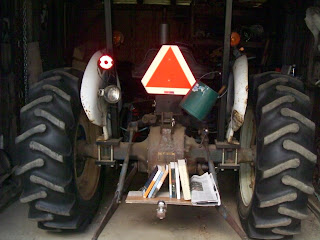 It's all in my own mind, of course, but I was feeling a bit limited by the rural slant of this blog, when what has come to interest me is creativity in all its stages, both obvious and subtle. Right now my projects are mostly literary, so I'll explore some of those with some other stuff thrown in: recipes, bird walks, experiments and digressions. I hope they amuse and stimulate your own forays.
So! Onward!
Posted by Cloudlands at 2:48 PM No comments: