The secret to endurance is finding a way to keep the embers of progress alive somehow. “Progress” can be anything that inches you toward your goal. “Progress” could be just surviving. Living to take another breath, another step.
As the mother of small children, I counted it a huge accomplishment to put up a new shelf.  Later, I would get up at midnight to write for two undisturbed hours, and considered myself lucky.
Keeping creativity alive sustains hope. So when I look back on this long winter at some of my wackier projects, like making dog biscuits (“Banana Bones”) from scratch or découpaging my clogs, I see them as placeholders for projects that required more focus and concentration than I could summon at the time.
Similarly, when my husband was taking care of his ailing mother, he didn’t have the concentration to read, let alone write, but he could paint. Even mixing colors was enormously refreshing.
I also believe in a good dollop of magical thinking.
Take Cinderella, who has earned the scorn of people who consider the story demeaning to women. Are we really supposed to sit around scrubbing floors, waiting for some prince to rescue us? That interpretation is to take the prince fantasy literally, and deplore it. But I see it as a story about endurance.
Sometimes, especially as children in confusing and frightening circumstances, the best we can do is endure. The grown-ups are either hostile or clueless, our peers are preoccupied or actively malevolent, the situation seems hopeless. And so we put one foot in front of the other in a dreary slog from one day to the next.
I find there’s a certain nobility in this, however humble, in just keeping on, without even knowing why.
Those of us who haven’t suffered these hardships should be very careful about denouncing the dreams, however unrealistic, that sustain people who are in trouble.
I had dinner with a friend the other night who disparaged magical thinking. She went on at some length about how Americans were particularly prone to the idea that anything is possible, as well as to its corollary, that technology can fix anything. And what rubbish it all was.
Although I agreed that we can get carried way with pipedreams, it made me uncomfortable, thinking, first of all, If you only knew how much I believe in second chances, miracles, & happy endings!
But as a nation, we decided to walk on the moon (what a nutty idea!) and then did it.  Diana Nyad took six attempts to swim from Cuba to Florida, (what about the jellyfish, and throwing up all the time?) and did it—at 64.
And about all our failures to reach our goals? Dreaming and trying gets you further than not dreaming.
I see it as being like moving my back foot from the deep lunge of the yoga Sun Salutation forward until it’s up between my hands. If I imagine that foot 18” above my hands, I can get it between them. If I only imagine getting my foot between my hands, I fall 12” short.
So dream on, blow on the embers, give yourself credit for small improvements. Despite my photo of the Terrible Pile of Snow outside my window, I know spring is coming. We heard a redwing blackbird yesterday. Crazy bird! What are you thinking? It’s 25 degrees! 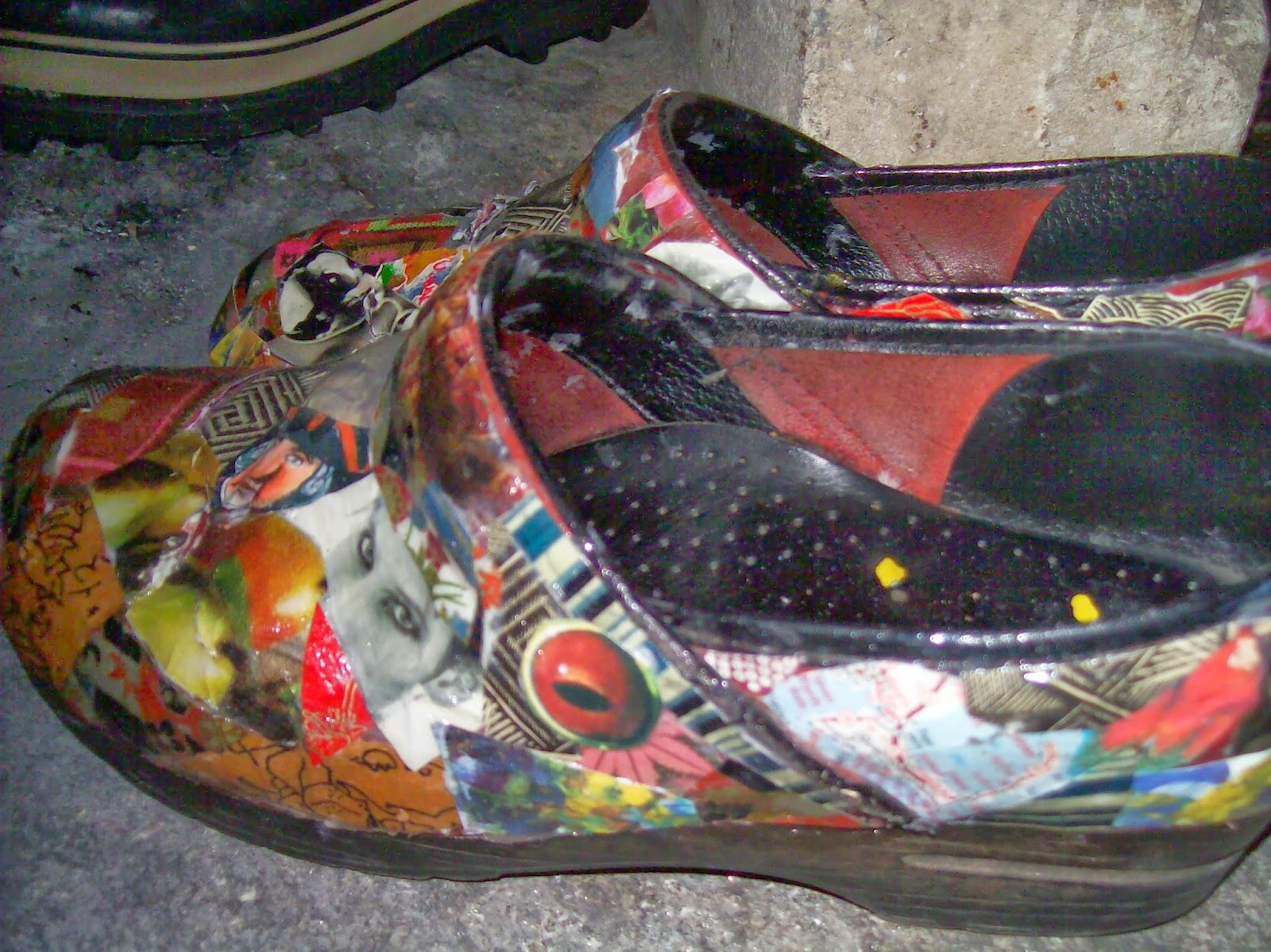 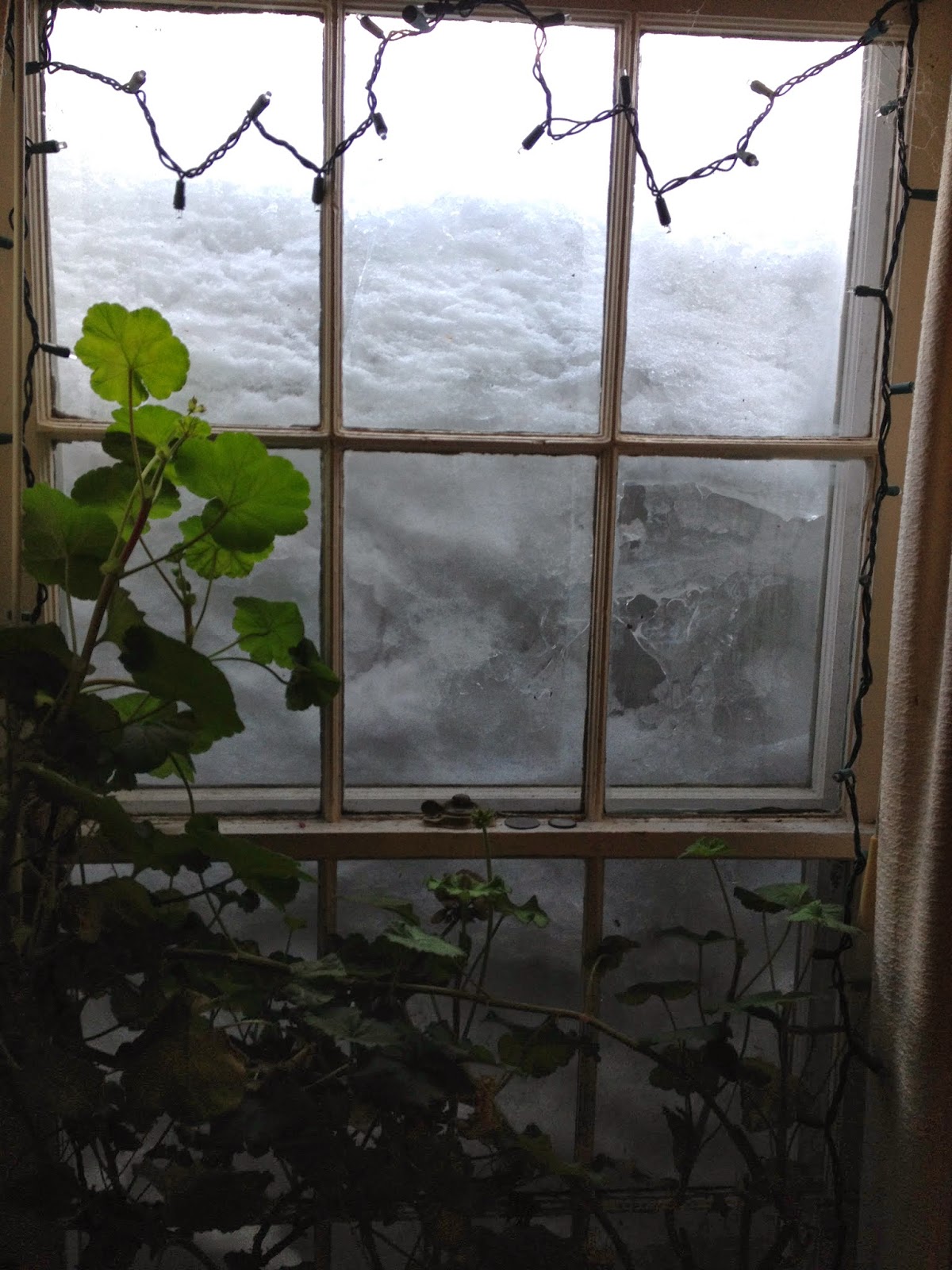 Posted by Cloudlands at 8:59 AM No comments:

Have I stumbled onto the cure for procrastination?

Have I stumbled onto the cure for procrastination?

I’m antsy, sitting here thinking of all the things I would rather do than revising this novel.
For instance:
1. I would like to go to the movies. An outing! But: It’s a 40 minute drive to the nearest movie theater and my husband’s standards are way higher than mine. He doesn’t want to see what’s playing and I don’t want to go alone—that would be way too self-indulgent.
2. I could go for an x-c ski. Though the wind chill has to be at least -5, there’s a bare covering of snow.
3. I could make a carrot cake! We have carrots raisins and cream cheese. No. No. No.
4. I could catch up on filing. Oh Please. That’s like your mother suggesting you clean your room when you’re bored.
5. I could make a cover for the leather couch that is beginning to show claw marks from cats springing and having to grab hold or slide off.  It would be Progress. Besides, that polar fleece I ordered just came in, and it would be a cinch to do. Marshall would be very happy. Family Happiness is important.
6. I could research Flash fiction venues. Also Progress. But I dread it. There’s the fun of writing and then there’s getting ready for the blind date of submission. Progress, I guess, but nerve wracking. Didn’t Eleanor Roosevelt say that you should do something you’re afraid of every day? Yeah, but….
7.  I could file my nails. They’re a mess. How am I supposed to concentrate with nails like these?
8. I could get wood for the stove. This would definitely be Progress, plus a little exercise.
9. Speaking of which, I could do my exercises a workout with Dr. Oz and two women who’ve lost tons of weight doing hundreds of pushups, smiling all the while.
10. I could work on Flash fiction. Somehow those revisions are more fun than the novel’s. Why is that? Because they’re 500-1000 words. I write when I get an idea, going from one piece to another. I don’t push.
11. I could read The Signature of All Things. I started the first page and it’s wonderful. It’s due in only two weeks. I did promise myself I’d get a lot of reading in this weekend. Other people are waiting for it at the library. It would be very inconsiderate to make them wait by not reading it right away, even though it was supposed to be the reward for revising the novel.  But: did Elizabeth Gilbert get her 499 page novel written by goofing off?
12. I could do laundry. Progress, But: see #4.
13. I could start some sprouts—that would be an excellent January project.  It’s also healthy, though not immediately so. Progress, still.
14. I could answer the phone. Oh yippee! But it’s not for me.
15. Or, 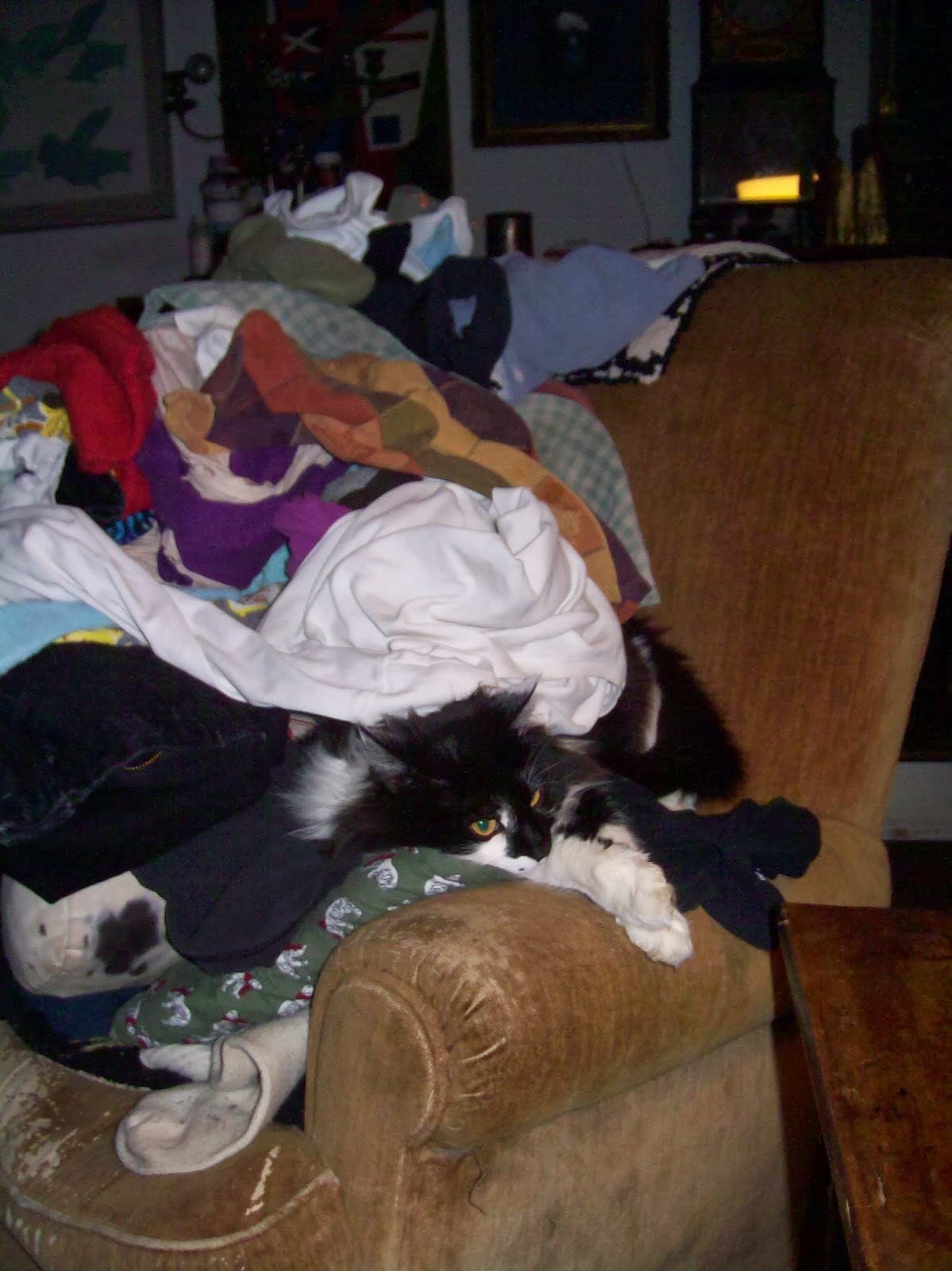 I could just break down and do the revision.

P.S. Which I did. Feels good to have done it.
So if you list all the things you’d rather be doing—with every bit of flakey rationale, maybe you can embarrass yourself into doing the task you’ve been avoiding.
Posted by Cloudlands at 8:47 AM No comments: